The environment is becoming a priority of the Colombian government following the FARC peace deal, which resulted in the guerilla group leaving many of the country’s forests. The Lookout Station has provided support to Lucy Sherriff, one of the 2017 Lookout360 Accelerator participants, to produce a new 360 video story on the Colombian government’s efforts to stop deforestation and to implement conservation policies. This VR story was published by The World Post - part of the Washington Post - and had 28,000 views on the publication’s Facebook page.

The World Post story outlines the challenges that Colombia is facing to stop deforestation after the guerrillas laid down their weapons and left the forests. Farmers and miners were able to return to the forests and their activities led to an increase in deforestation. The Colombian government is now promoting conservation policies and raising awareness of the importance of forests to protect the country against natural disasters.

We've interviewed Lucy to get her views on the value of 360 videos and to get insights from her experience with this technology.

This video was originally published on The World Post on 5 December 2018, and was crossposted on The Washington Post.

You have mastered the basics of producing 360 video stories through the Lookout360 Accelerator but had produced a number of other type of non-immersive stories such as this multimedia documentary for Huffington Post UK. Both of your stories focused on climate change and its effects on people and the environment. What can VR offer when reporting on human and environmental stories? What is its added value?

Environment and human interest stories - particularly refugee stories - are difficult to report. Both issues are so frequently documented - and rightly so - but this can lead to a certain ennui amongst the public. The key is not finding new stories to tell - there will always be new stories to tell - but new ways of telling those stories. Telling a climate change story through print is the very basic level of storytelling. Yes, these stories can be told very well through print, but our attention span is getting shorter, and, quite simply, not everyone enjoys reading. That’s where video comes in. However, video has now also become the norm of storytelling, and we’re bombarded with viral videos through social media on a daily basis.

So the question becomes: how can you move to the next storytelling level? And the answer, for me anyway, is through VR. VR offers a completely different experience. The story subject is difficult to escape when you are fully immersed in it. It’s an incredibly powerful tool, and one we’re only just beginning to get to grips with.

And what are the downsides?

The downside is that it takes a totally different skillset to tell 360 stories. You’re far more limited in how you control the narrative - which can also be a great thing in today’s “fake news” landscape. So I had to learn from scratch how to film in 360. Because it’s a fairly new medium, the technology is not quite there yet, certainly from a media perspective. And it’s still an alien concept for many readers. You can’t have the same reach through immersive media as you can through linear video or print, so you have to accept that your viewer figures will be lower. There are also very few media companies who are willing to take the risk and let journalists/producers - especially freelancers - experiment with VR/360. So I'm incredibly grateful to Al Jazeera and The World Post for giving me the opportunity.

Will you continue to experiment with VR and 360 videos? How do you think this can help your work as a journalist?

It’s an exciting time to be in this space, and I’m looking forward to continuing experimenting with 360 and VR. I always love learning new ways to engage people in the stories I write, and pushing the boundaries of how to tell these stories. How do we make people pay attention when you’re talking about such a complex, widely covered topic (climate change)? I think 360 and VR may just be the answer. One day I would love to have the resources to put on a fully immersive VR production where the public can physically come to a space, put on a VR headset, and really have the full experience of storytelling through VR. That’s my dream.

To pursue its efforts to promote the use of new technologies in journalistic storytelling, the Lookout Station supported the producer of this story, Lucy Sherriff, to continue to experiment with VR and 360 videos. In 2017, Lucy took part in Lookout360, a 6-month Immersive Story Accelerator, which together with the Global Editors' Network provided training and mentorship support for 12 journalists from 12 media houses to tell stories about climate change through 360 videos. As part of the programme, Lucy produced a 360 video for Al Jazeera about the Wayuu tribe’s fight for survival in Colombia. 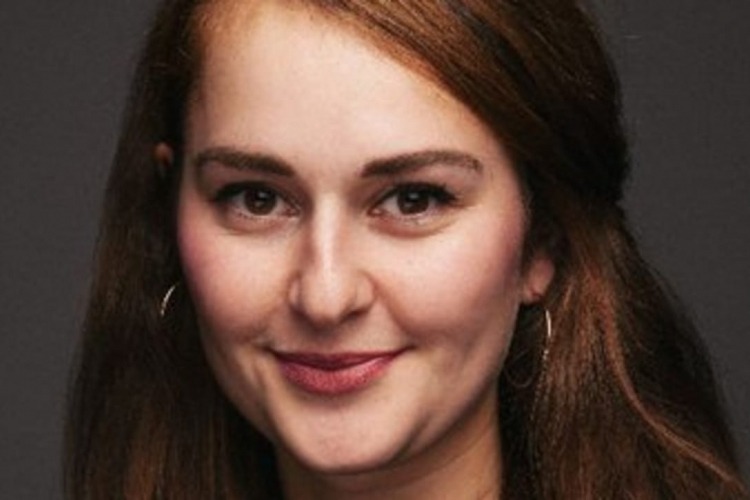 Lucy Sherriff is a multimedia journalist and documentary filmmaker based in Los Angeles. She is currently producing a documentary on oil fields and environmental racism in LA. She has worked for publications including the BBC, Al Jazeera, CNN, WashPost and The Atlantic, and most of her work focuses on social justice. Previously, she was based in Colombia.
Twitter: @sherrifflucy Website: sherrifflucy.com

In addition to this programme, the Lookout Station seeks to develop one-to-one media partnerships to support media houses in producing stories related to climate change and forestry. This story from The World Post is another example of the successful partnerships between the Lookout Station and media houses. Euronews, The Guardian and Al Jazeera have previously published stories around climate change with its support.