It is a tough time for journalists to find innovative ways of telling science, climate change and environmental stories. How can technology and innovation help advance from the status quo?

To produce an impactful story, a journalist has to invest a lot of time and efforts in a specific story to gather the experts’ points of view and consider the best format for publishing. But as climate change is a pressing issue, we need to overcome the barriers and find new ways of telling stories that can engage with the audience on another level.

Here is where new technologies come in to play a crucial role in building the future of journalistic storytelling. Virtual reality and augmented reality can be used both by journalists and scientists to address climate change in a completely different and more engaging way.

This is what the Lookout Station covered during three sessions at the AMWAJ Forum in November 2018 in Barcelona. The Forum brought together Mediterranean journalists and scientists to explore ways of connecting and collaborating around water and sustainability topics.

The first of the three sessions run by the Lookout Station was a panel discussion about ‘The Power of Immersive Media’. In this session, we featured the two sides of the coin. We could listen to first-hand experiences from journalists that have been working with immersive media, virtual reality and 360º videos. We also explored different immersive media possibilities from two Barcelona-based companies that work with immersive technologies.

The session moderated by Rina Tsubaki, founder and lead of the Lookout Station, featured: 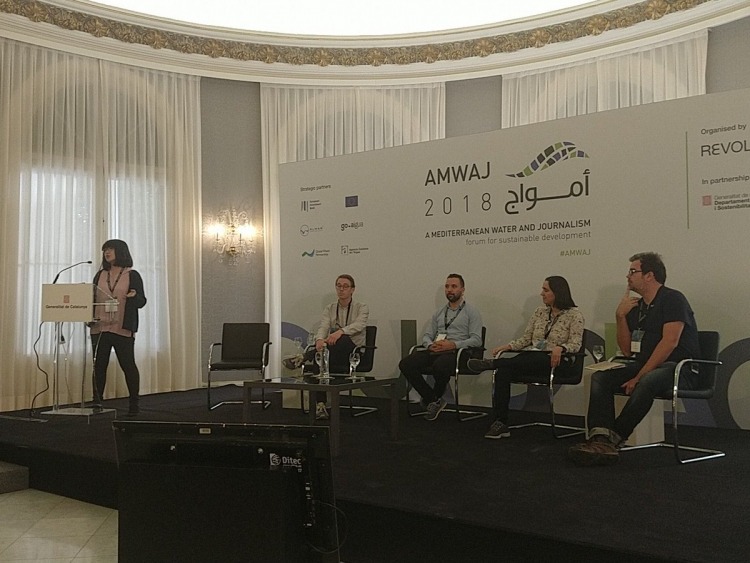 The second session was a demo VR experience that featured a 360 film ‘The Disappearing Oasis’, a new virtual reality film production by Contrast VR. The film is about M’hamid El Ghizlane (an oasis in south-east Morocco) that has been affected by climate change and threatened by the encroaching Sahara.

The third session of the afternoon was a media workshop to engage the journalists into imagining and creating 360 video stories. The workshop ‘Ideation Session: Mapping 360 Video Story Ideas on Water in the Mediterranean Region’ was co-organised by the Lookout Station and Euronews. The main objectives of the session were:

About 30 journalists coming from different Mediterranean countries attended the session and were able to exchange ideas on storytelling using new technologies. 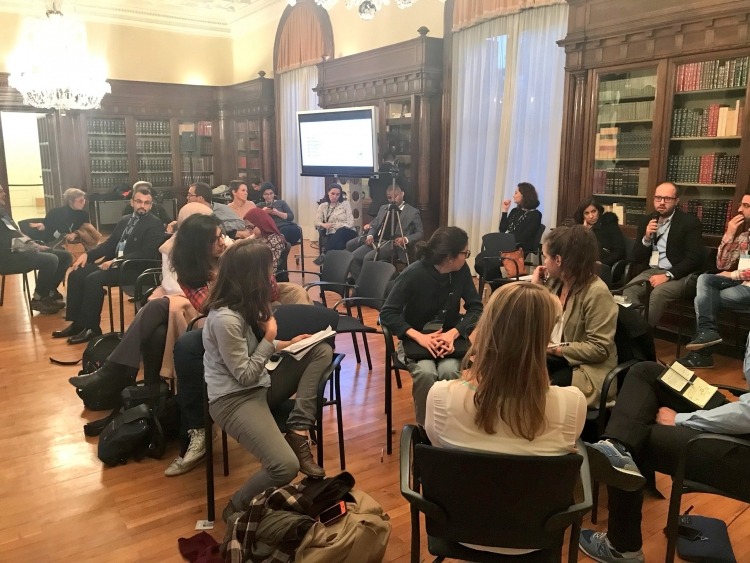 The sessions were convened by the Lookout Station and co-organised by Euronews and Revolve Media.